Coaching is more than teaching

Passionate Vocal Coach and Singer! Your instrument is your body, voice and mind so treat it well! Remember 'there's more than meets the mic!' 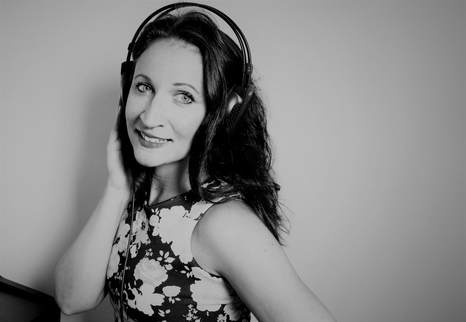 Rebecca  BA (HONS) , owner of MooreMelodies, lives in Bournemouth and has more than 17 years' experience within the music industry. She has on-going professional training in reputable vocal techniques, methodologies, vocal anatomy & physiology and voice research. She teaches many different styles because she understands everyone is different and has different styles and needs.

​She has trained in several voice and bodywork traditions (and still continues to research and study) including:
​After gaining a distinction in her Advanced Media course at college, Rebecca went on to study at Southampton University achieving within the top 10% of the department.

She went on involving herself in a wide range of industry projects, including recording as a session singer, acting in film productions and performances around the UK. She now teaches privately and has taught at numerous Theater and dance schools including, Swish of The Curtain, and Hammond Academy in Bournemouth, where she loves organising the Summer and Christmas performances.

Rebecca’s fixation with all things musical has been a constant stream in her life, from writing poetry/short stories and songs, some of which have won various competitions. Feeding Rebecca’s creative flair has been her strong affection with Film, which naturally extended her repertoire to writing film scripts, where her work earned her 2nd place in Sir Peter Ustinov's National Script writing Award (2004).

Never one to be distracted, Rebecca still see’s her strength in song writing and is proud of the fact that she  completed her first album at the tender age of 18.